Hi I made a table of some common lists of builds here http://i.imgur.com/kh6LrEo.png It would be nice to have a table like this that we could add builds too and compare them.

Also, I think it would be useful to have a topic here on the idea of builds and eco management to allow people develop more of an intuition including things like

Any other questions/answers that would be helpful when talking about the start of a game?

that is a lot of questions
I

yeah, I got a bit too excited :roll:

Some of those questions are extremely vague, but to answer the straight forward questions...

Build Barracks at about 55-60% of advancing to feudal

To exploit getting to feudal faster, put more on food, less on wood, skip loom or get it right before you advance

In Chris' AoC book, he said that meat decays at like 1 piece of meat per about 3-4 seconds

If you hadnt quite figured, 1 villager, in the space of time from clicking feudal to clicking castle, mines about 50 gold

How much does delaying loom affect economy?? ALOT. For example, if I am forced to loom early, when I am going for scouts, I often struggle to make 21 pop up and usually go 22pop. Trust me, it hinders you alot, getting loom early. Get it as late as you can get away with it.

Problems with upping too early, not enough economy, if you cant keep them on the defensive and gain the advantage after advancing way earlier, they will probably win cause of superior economy. Problems with upping too late, enemy can gain the advantage, e.g. they up 9:50 and scout rush your ass. Whilst you only just advance to feudal at 13:00 and have given their scouts alone time with your villagers for a good few minutes. Also if you up too late enemy can win technologically. E.g. 1v1 Arabia, Mayan War. After heavy feudal age skirm/arch combo fighting, the enemy advances to castle at 21 minutes, you however didnt make enough farms and advance at 26-27 minutes. For 5 minutes, you've been fighting with -2 range on your archers compared to them and theyve slaughtered your whole army and are camping your gold. Which you couldnt put a town center on, as you didnt advance to castle quick enough.

Anyways thats all I can be bothered to help you with as most of the other questions are extremely situational. Gl
Reactions: Nattensdonna

Printed as a reference

Very well done! Not visually pleasing (yet) if I have to give some constructive critic. Maybe add icons for the units/techs?
C

the guide is good for new players, giving them a overview. But the rest comes from experience and practice, thats the key factor for a player being a "good" player - for example u can lame a boar with mayans and go up with 27 vills + drush etc.. with practice u develop a kind of intuition what to do and what style to play. also micro and macromanagement is important with good uptimes and eco.
Y

ILikeTea said:
Also, I think it would be useful to have a topic here on the idea of builds and eco management to allow people develop more of an intuition including things like

How population at end of Dark Age effects economy
How to exploit getting to Feudal earlier/later
How to react to someone advancing a lot earlier than you
Problems with advancing too early/late
How much delaying loom benefits economy - pros and cons of early/late loom, if forwarding, building dock etc.
How much do civ bonuses affect speed: aztec no loom, +5 resource, Mayan resource last longer etc.
When to get boar with X villagers on sheep, if Mongols or extra boars etc..
How fast does meat decay
When to wall
Time needed to make barracks (% advanced to Feudal)
How many on gold to get to 200 for castle
How much of an advantage does getting deer/extra boar give
Fish booming: How much of an improvement is it when you have water, how many fishing ships when grushing...
Click to expand...

1) The more population you have in dark age, the 'stronger' the eco. Obviously, you 'sacrifice' some of this advantage to get up earlier so you can hurt your opponents eco (this is just a general statement to a general question)
2) Use deer/boar (they are faster) to make faster feudal...if you want really fast you can skip lumber camp and just go stragglers (to exploit how to go to Feudal slower just take a toilet break before you click up :P )
3) Generally you play defensive...if possible, I palisade wall if I screw up dark age and opponent makes much faster feudal and stone wall if I'm slow to castle.
4) An extension on 1)...advancing too early means that the advantage of time (that is the extra eco damage causedby advancing earlier) did not pay off the eco damage done to yourself by early advancement.
Advancing too late is opposite: your opponent was able to do more damage to you then the bonus you got by advancing later, or that you missed an opportunity to hurt opponent by advancing too late.
5) Loom takes as much time as a villager, so as long as you have loom and opponent does not he has 1 vil eco lead (and vice versa)...therefore, as eco grows (villager # increases) this advantage decreases...furthermore, as the game progresses your villagers are more likely to be killed (typically) so loom is more important...since wolf and dark age scout can kill non-loom villager, always loom before sending villagers forward (unless you are risky)...typically, losing one villager because of late loom is a disadvantage because the advantage of loom is always less then the value of one villager (it is the value of one villager for the change in time between you and your opponents loom times)
6) meh, too much to answer.
7) boar is better then sheep so earlier is better (and it prevents boar steals)...you must balance the advantage of earlier boar with making sure you don't lose a vil to it or get too many hurt villagers (your call; in beginner games where stealing is rare and time is expendable, later is often better, but I need fairly early boar (like after 2 sheep I gather first boar) if I want 21 pop feudal scouts)
8) meat decays at the speed at which meat decays

(test it if it bothers you)
9) walling takes resources/villager time (village time=resources)...so wall when the benefit of walling outweighs the disadvantage of hurt eco
10) If you start building the barracks with one (non spanish) villager at 60% up to Feudal it will finish right on time (I think its 60%)...but I like to start at about 50% so my villager can then walk the distance it needs to so it can build stable (or whatever)
11) Depends on how early you send them...most people send 2 or 3 depending on how soon they do it (usually around the end of the dark age)
12) To quantify that advantage would be meaningless to the non-nerds here :ugeek: so I will qualify it: if you cannot notice advantage of deer/extra boar then it is useless for you at your level to gather them...in a general sense, gather deer if benefit of extra food outweighs risk of extra eco area to protect (so on arena with deer on the inside of your walls you have no excuse for not gathering them)
13) Most people on standard grush build 4 fishers but some go three...the question is (again) whether the fishing ship will pay off (i.e. whether the benefit outweighs the risk...)

If you don't like the form of my answers, remember that general questions deserve general answers

And yes I'm noob, because I have little experience playing, but I have practiced all standard BOs in SPM often and this is where I am getting most of my answers (I'm just nerd who has no speed :D )
M

Why do you age up?
Because you want to train new units, take ups (miitary ones of course), boom.
What's the point for aging up too fast if you can't follow your build? Especially in flush cases.
Still, if you age up faster or slower than optimal, better follow your plan, giving priorities to army or eco, depending (usually if you give priority to eco in an aggressive build you will regret it).

This game is all about investing. You invest on a villager, he pays back after 3'. A fishing ship needs more time. If you go for a grush and you are sure that he will kill your fishing ships no matter what, you should not train a fishing ship if you believe it will not live long enough to pay back... besides what is most critical in grush is wood for galleys and docks, you only need enough food for fletching, eco ups and later age up.
You invest on army, you have to somehow use it or you wasted your money.
Solid, determined plans are better. If you have archers and he has knights, you should not totally abort your plan. If he has skirms, you could add something in your army, but not totally abort archers because it will take you a long time until you have modified your eco... not to mention new upgrades. In castle age it is not smart to take all blacksmith upgrades for all your units. You should choose what to upgrade and what to use at limited numbers or even totally skip.
C

I love how some kid completely missed the point and thought it would be a good time to show what a "brilliant" chap he is by taking time out of his "busy" schedule to answer the "straight forward" questions. LOL. What a joke.

Idk if you've answered a lot of those questions since the OP but if you have would certainly be interested in hearing from you / potentially collaborating with you.

I'm currently doing a whole bunch of play testing to verify a bunch of commonly accepted facts (research times, wood/vilmin etc. etc.) so that I can then go into the build orders and redo all the math that created them - trying to solve for optimal builds and verify optimal tech research balance points (/tipping points) etc.

There are in total 25 streamers online
Click here for details 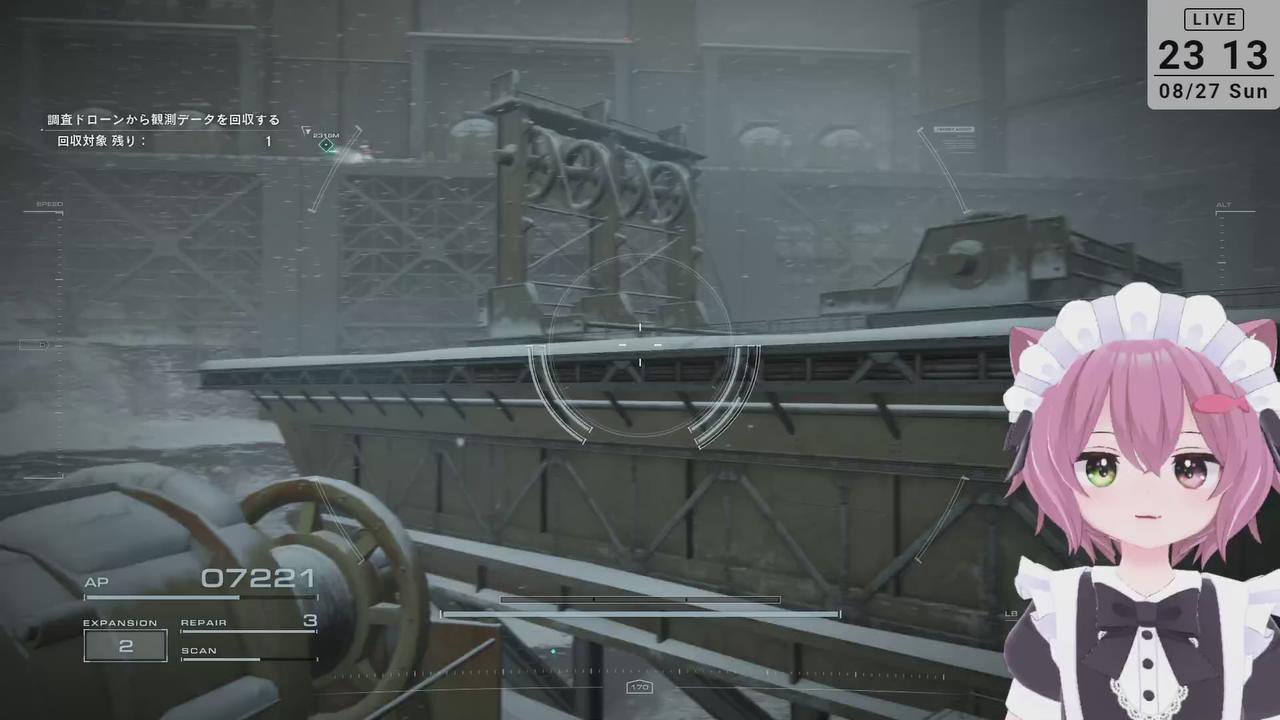