Register NOW to the world’s largest events supported by more than 43 Clans Worldwide and more than 1000 players​
Dear Friends and AOE 2 players hello again!
After the long summer is gone and after the successful completion of the First Federation (Pilot) Tournament at 1700-1850 ELO range, we would like to congratulate the Finalist of the Chirris_ from DaRs clan and the Champion HomusErectus from Buzz Clan, and we are proud to finally announce the initiation of the True WAR!
For 6 months the Federation people were trying to establish a global federation of clans, that will allow consistent 1v1 and clan war tournaments FOR ALL.
Thus, we are proud to announce the following Tournaments that will run every three months (called seasons) and will lead to a season Champion and a permanent Ladder per ELO Tier.


At the end of every Season-tournament there will be a 1v1 Champion for each ELO Range (tier) and a Season Clan Champion for the Clan wars.
The Champion per ELO Range will decorate the Hall of Fame of the Federation website, whereas the final 8 players per tier will also get points for a permanent Ladder per tier that will also run in the Hall of Fame of the Federation website, were players will collect points from all previous seasons.
Same logic will be for the Clan Wars, there will be a season champion clan and a permanent ladder.
To sign up for the 1v1 and clan war tournaments, you must be a member of a clan of the Federation and your clan has to be active in voobly or else for at lease 2 months. If your clan is not a member, then you clan leader can signup to the Federation here: http://www.aoecf.com/board/index.php?topic=2.0 or in our discord server here https://discord.gg/YzDGT98

How to Register to the Tournaments NOW

For the 1v1 Tournaments
By clicking the links relevant to your ELO you will be directed to the Tournament page in challonge where you can register in 10 seconds and participate in the Largest Tournament event of AOE2. All you need is your email and your Voobly profile (so that we can confirm your ELO).
The Tournaments will begin October the 1st 2019. The Finals of each Tier will be casted by the Pro Caster Kilgore Trout!


Appointments and Score Reporting
Players can make appointments either by pms or using the Federation Forum here:

RM Tournaments Appointments & Score Reporting
www.aoecf.com
* If a Player or Team fails to arrange appointment or show up after 2 weeks from the initiation of each stage of the brackets, there will be an AW in favour of the Player/Team that was active. If both opponents fail to show up, both give AW.
Rules of Engagement, Settings, Drafting and Map Pools for Season 1 (1v1s & Clan Wars)
• Games will be played in Voobly, with Wololo Mod (unless both players both agree otherwise) and Match Stats.
• Hidden Civs, 200 pop, Conquest Victory, Standard difficulty, Map Size 2 for 1v1s and 4 for 2v2, and rest standard settings.
• Before games start, each Player/Team choses a Home Map from the Standard Maps or ECL/HC maps.
• 1st game Arabia, then Home Map of loser and then Home Map of the other player. If Home map of a player is Arabia, it can be repeated.
• Then the players will choose 3 civ bans for the opponent (that will apply only to the opponent).
• Finally players will choose 3 civs for each player to be used in the games, different civ per game.
• Non-show within 2 weeks of each bracket stage initiation = AW.


General Rules and Info
The Participation is only for members of the Federation, but ALL AOE2 players are welcomed to join and spectate the games of the largest community of Clans in the AOE2 world.
As always, we welcome all Clan-Leaders that would like to see the community to develop ever further to come and join the Federation by registering their clan at the forum here http://www.aoecf.com/board/index.php?topic=2.0 and at the Discord Channel here https://discord.gg/YzDGT98
You may also visit the Federation…..
• Website at http://www.aoecf.com
• Facebook Page at https://www.facebook.com/AoE2ClansFederation
• Twitch: https://www.twitch.tv/aoecf
• Twitter :https://twitter.com/FederationAo
You may also email us at aoeclanfederation@gmail.com

Thank you for your support and Let the Games Begin!

The Member Clans (sorting according to federation registration date)

how many people can sign up for a team in the 2v2?

Sounds pretty cool!!!
Can you explain how to link the Voobly Account to the Challonge-Account for ELO-confirmation?
Reactions: Sprayyy
K

Hey, am i assuming this right, that this is somewhat of a similar format as RTSL league and also, what are the streaming rules? I don't see them anywhere.
J

AkeNo said:
how many people can sign up for a team in the 2v2?
Click to expand...

Hi! Just one person is enough to register his team at the relevant forum link, mentioning the Voobly account names of the two players and their profile link. Thank you and wish you good luck!
J

SpanningTreeGuy said:
Sounds pretty cool!!!
Can you explain how to link the Voobly Account to the Challonge-Account for ELO-confirmation?
Click to expand...

You can add your profile link at the comments of the tournament in challonge. We will check anyway by searchinbworh Voobly profile name. Make sure your challonge name is same as Voobly. If not, you need to mention in the chat of the tournament.
J

klavskisLV said:
Hey, am i assuming this right, that this is somewhat of a similar format as RTSL league and also, what are the streaming rules? I don't see them anywhere.
Click to expand...

Hi! AOECF is a Federation dedicated to AOE 2, AOE 2 Wololo and AOE 2 DE (we try to find ways to include steam players too!). We may stream/cast selected games, preferably live or postgame (rec), depending on caster availability. Federation is dedicated to non-pro players, operates out of love of the people involved and the budget is very limited. Don’t expect always fancy public presentations and PRs, but 43 clans make sure titles won worth more than gold in the Hall of Fame of the Federation.A Champion Title of the Federation, or the Ladder, stays forever in history here.
A

jimarass said:
Hi! Just one person is enough to register his team at the relevant forum link, mentioning the Voobly account names of the two players and their profile link. Thank you and wish you good luck!
Click to expand...

so, there are only 2 players per team allowed? or could 3 people be in a team?
J

AkeNo said:
so, there are only 2 players per team allowed? or could 3 people be in a team?
Click to expand...

Very good point! If you like you can also declare 2 more as a backup. The 2v2 tournament focuses on players though so we want to keep them same throughout the same session. This is the first one though , in the next session we will have a ELO-ranged clan wars. For now it’s just <2100 ELO.
Last edited: Sep 23, 2019

If your clan is not register in Federation, register your clan here http://www.aoecf.com/board/index.php?topic=2.0

Hi! Generally each turn takes 2 weeks max. You can discuss anything you like in the forum of the Federation, in this link which is specific for this 2v2:

Today is the final registration date!
When we finish verifications and classifications to proper tournaments we gonna have the brackets posted here and in our forums too

PLAY for your LIFE – WIN for your CLAN

Dear Friends and Fighters, the Federation Clans are proud to announce the official launch of the First Session of 1v1 and Clan Wars Tournaments, starting Sunday October 6, 00:00 GMT.
All players should now make appointments with their opponents for the games. Each round will last 2 weeks STRICTLY. That means those who haven’t responded by then and played the game with their opponent will forfeit and give AW. There are 5 rounds for each tournament.
You can arrange appointments at any way you like, but we also have provided Forum Threads and Discord Channels for your convenience.


If a player doesn’t respond to your call for Appointment, in order to take the AW you need to declare it at the Challonge relevant tournament chat or discord or contact the Tournament Admins.

Scoring & Ladders
As you know there will be a Ladder for every 1v1 Tournament ELO Range and one Ladder for the Clans.
So we will have a 0-1549 Ladder, a 1450-1800 and a 1801-2100. Also a Clan Ladder.
For the 1v1 Ladders you get points from the 1v1 relevant tournaments seasons and any special events you may participate in the future.
For the Clan ladder, the Clans will take points, BOTH from the Clan Wars/random TG events, AS WELL AS from their players’ 1v1s. That means that every win you make at 1v1, your clan also gets extra points!

To simplify things, the point systems is straightforward, fair and easy:
For ALL 1v1 and Clan WAR/TG events:
2 points for every victory BO3
1 point for every loss BO3
Important Notice: Since it is BO3, only if the score goes 1-1 there will be 3rd game. If it goes 2-0 there will be no third game.

We would like to thank you all for your registration and support of Federation and wish you Good Luck to the Tournaments AND the Ladders.
LET THE WAR BEGIN

How is the seeding done ?
C

King_Marv said:
How is the seeding done ?
Click to expand...

There are in total 32 streamers online
Click here for details 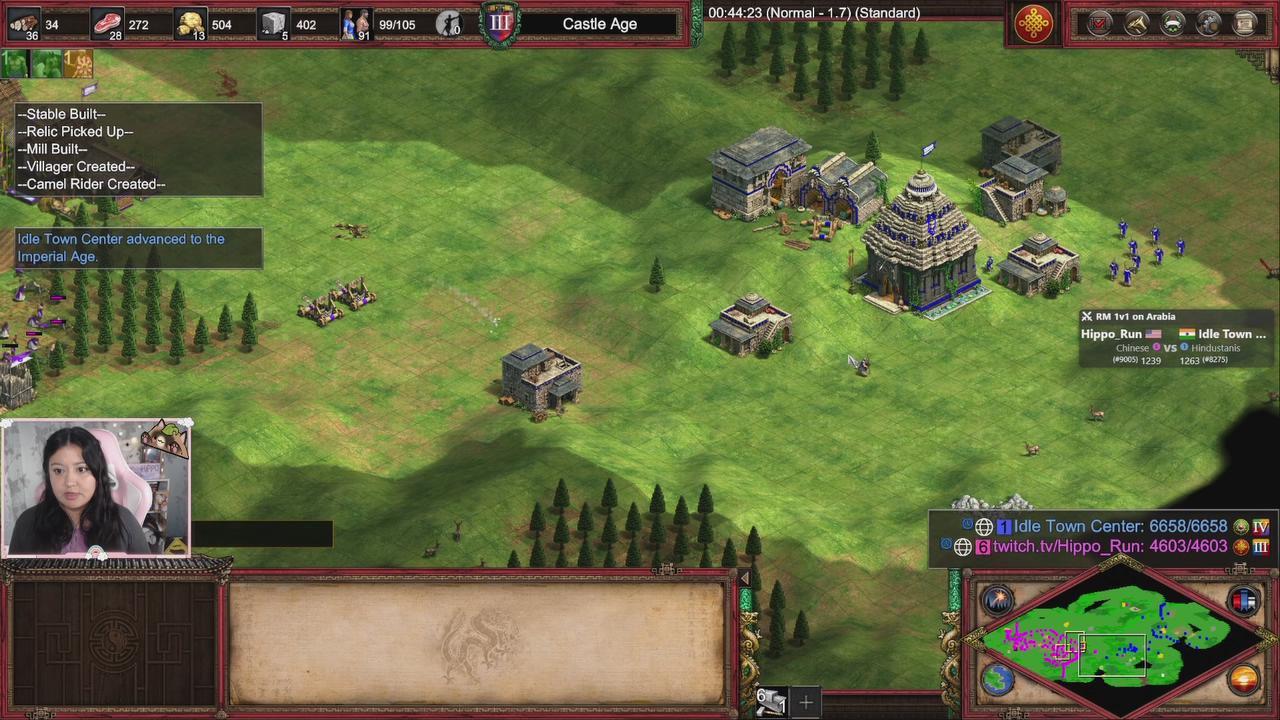 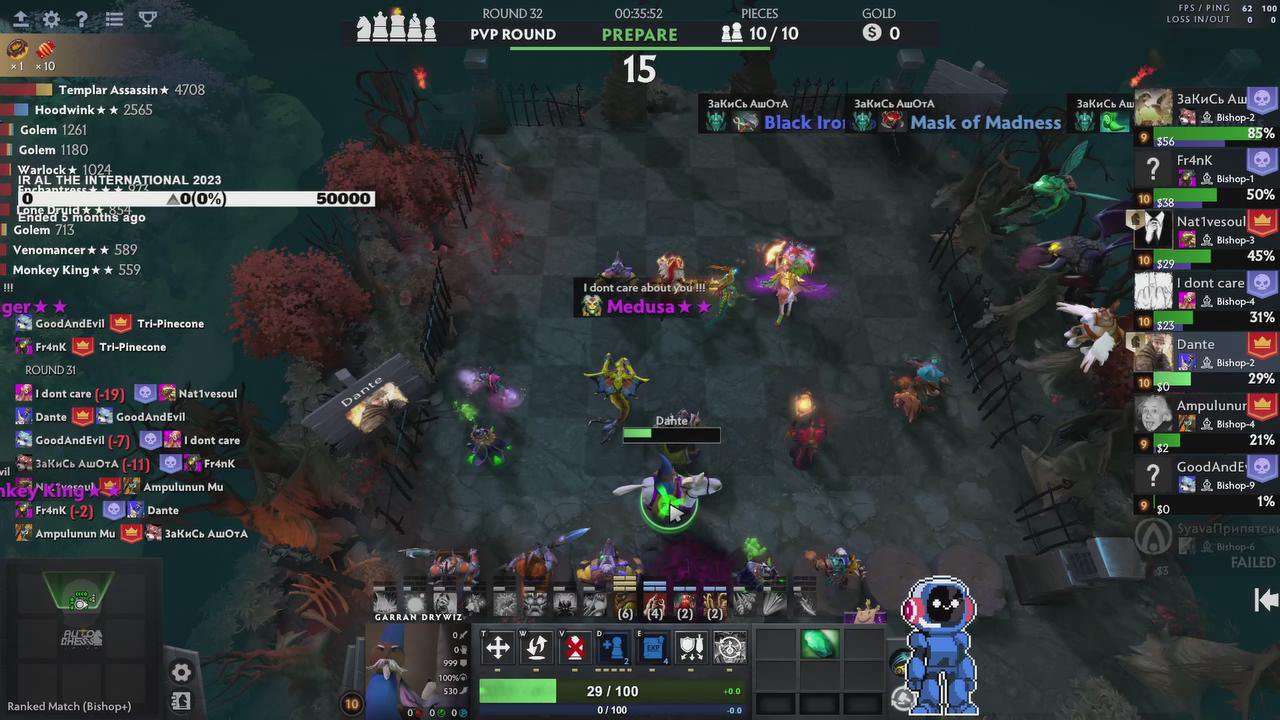